Identify people in this photo

General W. G. Wyman, Commanding General, US Continental Army Command, Fort Monroe, Virginia, follows through on a tradition at the War Memorial Museum in Werwick, Virginia, as he presents personal mementos denoting phases of his forty years of militar service. The Army Commander's pre-retirement gifts consist of a plaque bearing the insignia of Republic of Korea Army units who fought in the General's 9th U.S Army Corps in 1951-52. The plaque, 28 porcelain reproductions of the shoulder patches of the ROK Corps and Divisions was given to the General by the Chief of Staff of the ROK Army, General Paik Sun Yup, during a recent visit to CONARC. Also turned over to the Directors of the Museum was a rifle and chest, presented to General Wyman by the General Staff of the Turkish Army while the CoNARC Chief was NATO Commander of Allied Land Forces Southeast Europe. Left to right are: Richard Newman, General WYman, Major Gen Rush B. Lincoln, Fort Eustis and Lewis A. McMurren. 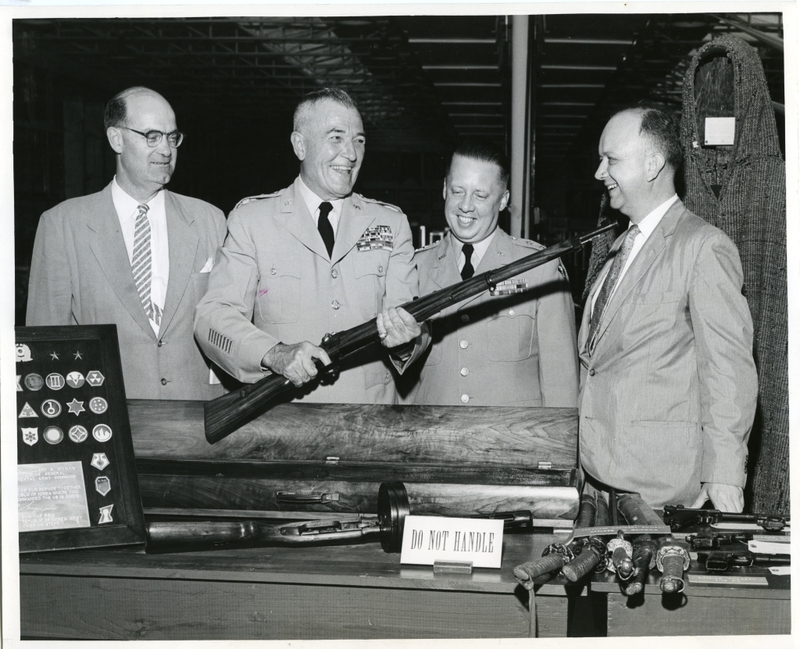